Notice: The COVID-19 pandemic challenges all of us in our personal and professional lives. Please know that we are committed to supporting our members in these difficult times. We are fully operational in a work-from-home environment and here to help.
Industry Updates  07/27/2017

A Prime Sales Opportunity for Life and Health Agents

A new research report from The American College’s New York Life Center for Retirement Income reveals that 75 percent of consumers have an alarmingly low level of retirement literacy. This suggests that life and annuity agents who can bridge the knowledge gap will differentiate themselves competitively in the retirement market of the future. 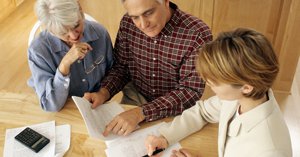 The study, the 2017 RICP Retirement Income Literacy Survey Report, administered 38 questions to 1,244 Americans aged 60 to 75 with at least $100,000 in household assets (not including their primary residence). It found that only 5 percent of consumers scored a B or higher (80 percent on the quiz), with nearly three in four failing. The average score was only 47 percent.

Some of the main knowledge gaps involved how to best . . .

Alarmingly, the study found that consumer annuity knowledge was especially weak. This is a concern because annuities are an essential vehicle for generating guaranteed retirement income. Specifically, the survey found that only . . .

Given these findings, life/annuity agents who can execute a strong retirement-education program—via public seminars, client newsletters, etc.—combined with a strong annuity marketing and sales effort, should have a leg up in the marketplace. Clearly, based on the survey findings, retirement education needs a lot of work. But agents and advisors are in the ideal position to make a difference.