Distorting the truth about a financial-services product might help you close a sale. But it can also hurt your client in the future, leading them to sue you for misrepresentation. Put another way, when you get the facts wrong in a sales meeting, the ensuing damage can be severe to all involved. 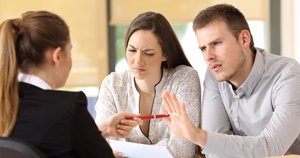 What is misrepresentation? According to Investopedia, it is defined as “a false statement of fact made by one party, which affects the other party’s decision in agreeing to a contract. If the misrepresentation is discovered, the contract can be later declared void and the situation remedied if the party who relied on the misrepresented fact files suit.”

Misrepresentation can occur in all areas of commerce. But it’s especially common in financial services, where contracts are intangible and complex. In this case, consumers are dependent on financial professionals—on you—to explain their offerings accurately. If you mislead them, consumers can become disenchanted and sue if they suffer financial harm.

In fact, according to a major E&O insurer’s analysis of life-agent E&O claims, misrepresentation accounts for the largest share of claim causes (25 percent), followed by failure to provide coverage (13 percent), failure to explain coverage (11 percent) and office errors (11 percent). Misrepresentation also is frequent in the securities industry, where it was the second leading cause of FINRA mediations during 2017 (1,663), second only to breach of fiduciary duty (1,899).

Misrepresentation in financial-services takes many different forms. Here are some typical examples:

In each of the above examples, it’s easy to imagine the consumer discovering the truth, becoming angry, and taking the agent or advisor to court. What’s more, the chances of the above scenario happening are even greater than you might think. That’s because misrepresentation doesn’t just occur when a financial professional makes a deliberately false statement. It also can happen when the person does so out of negligence or sheer ignorance. For example, you might say something you should have known was false, but never took steps to validate. Even though you did not intend to deceive your client by making this statement, you’d still be engaged in misrepresentation.

Clearly, fraudulent misrepresentation poses a large risk to both consumers and advisors; it can cause consumers to lose a lot of money and send advisors to jail. From an E&O insurance perspective, it can also mean the agent or advisor involved will have no E&O coverage because policies typically exclude claims arising from fraud or other illegal activities. However, they do likely cover incidents relating to negligent misrepresentation.

At the end of the day, for all the reasons just stated, financial professionals should avoid making false statements to prospects and clients. That’s because the consequences can be severe:

Given these potential consequences, advisors should consider taking the following steps to prevent misrepresentation while selling their wares:

In short, successful financial professionals understand that everything they say is important during a sales meeting. Words can create misunderstandings that leave disappointed and angry clients in their wake. If you prefer to spend time building your business rather than defending it in court, you’d best avoid making false statements to your clients. Your business and personal finances will thank you for it!