How Advisors Are Handling the Fiduciary Rule Change

A new survey from the Aite Group, DOL Fiduciary Rule: Survey on Financial Advisor Sentiment, paints a vivid picture of the transition financial advisors are making to the new rule. The measure, which partially took effect June 9, 2017, requires advisors who sell retirement-oriented insurance/financial products to adhere to a best interests standard and to disclose their conflicts of interest, among other requirements. However, according to the survey of 152 advisors from various distribution systems, the transition is not without its challenges. 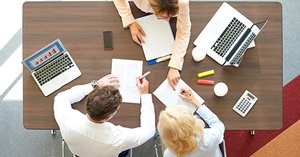 “Although no doubt painful, the DOL fiduciary rule has furthered the fiduciary concept in the industry—to the industry’s benefit—when trust-building is critical,” says Denise Valentine, Aite Group senior analyst, adding that “financial advisors see the path ahead requiring some elbow grease. But they are up for the challenge and optimistic.”

According to a published report in ThinkAdvisor magazine, the challenges (and pains) fall into three major categories: daily routines, financial advisor compensation, and client data collection. Here’s further information on each one:

As one might imagine, fee-based advisors used to doing investment planning under a fiduciary standard have had less trouble adjusting to new fiduciary-oriented forms than commissioned agents used to working only with suitability documents.

According to the Aite report, “Advisors doing fee-based business and those conducting investment planning services deliver a detailed financial plan involving greater due diligence on the client’s situation. Those geared to the commission-based business often utilize an investor suitability questionnaire, which historically has been (simpler to use).”

The bottom line on the Aite survey? If you’re feeling pain or discomfort adjusting to the new rule, you’re not alone. Many of your peers are going through the same adjustments, especially if they specialized in selling retirement products for a commission.

But the important thing is to keep moving forward toward full compliance in the event more of the rule survives DOL’s review process than industry observers expect.