Mutual Fund and ETF Fund Assets on the Move

The latest Morningstar funds-flow data provide an interesting perspective on where the market winds are blowing. According to its July 2017 report, consumers invested $10.8 billion into U.S. equity passive funds, up from $9.3 billion the prior month. On the active fund front, investors withdrew $19.6 billion out of U.S. equity funds, compared with $14.6 billion in the prior month. 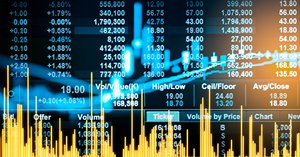 Morningstar estimates net flow for mutual funds by computing the change in assets not explained by the performance of the fund. For ETFs, it computes the change in shares outstanding.

Other highlights from July 2017 include: