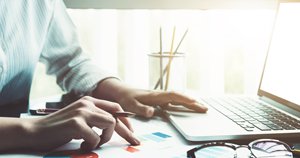 The survey, which was conducted jointly with ACA Compliance Group, revealed that 81 percent of RIAs said cybersecurity was their biggest challenge, making it the fifth year in a row the issue snared top honors. The survey also found that cyber concerns sparked greater compliance testing for two-thirds of advisers in the IAA survey.

Custody and privacy compliance were other concerns cited by a significant number of respondents to the IAA survey, which includes results from 454 investment advisory firms.

Regarding the new Form ADV disclosures, survey respondents were most concerned about new disclosures regarding separately managed accounts, followed by increased derivatives and borrowing reporting (37 percent), determining the types of investments held in SMAs (21 percent), figuring out what constitutes an SMA for Form ADV purposes (13 percent), and disclosures relating to SMA custodians (7 percent).

Given the pace and complexity of change in the investment advisory industry, the survey not surprisingly found that most Chief Compliance Officers (CCOs) (66 percent) continue to wear more than one hat within their firms.  For example, 20 percent have legal, as well as compliance, responsibilities.