How to Avoid an E and O Insurance Blowout

If you sell life insurance, you know how complex the process can be. From the initial approach to the close, it can take weeks or months to get to “yes.” So it’s natural for you to relax when you reach the underwriting phase of the sale. But if you want to avoid an E&O insurance claim, don’t! Getting life insurance clients through the application process can be perilous if you don’t know what you’re doing. Let’s consider a hypothetical case to illustrate a potential E&O risk. 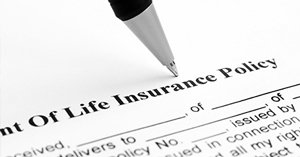 Agent Robert Josephson is relatively new to the industry. After a long career as a high school teacher, he decided to enter insurance sales after he and his wife had their first child. He wanted a job with more earnings potential, plus he needed the ability to work at home on occasion so he could help care for his infant son. Selling life insurance, annuities, and related products seemed to be a good fit with his current financial requirements and desired lifestyle.

After training with a major life company, he hit the ground running, meeting his sales objectives the first year. His future looked bright. Then he met Mr. and Mrs. Devins. Both were in their mid-40s and wanted to purchase more life insurance on the husband. Currently, each had relatively small term life policies. But they were interested in permanent protection on him to give the wife more financial security should he pass away, while leaving a fund to put his daughter through college.  She was 15-years old.

Thinking Mr. Devins looked healthy, Josephson sailed through the application. As required, he asked if he had consulted or seen a physician, psychiatrist, or other licensed medical practitioners in the last five years. Devins’ answer: no. He also asked if any life or health insurer had ever declined to issue him life insurance or offered coverage at a non-standard (additional) premium. Again, no. Running through all the specific-disease questions, Josephson quickly checked off “no.”

Given Mr. Devin’s age and amount of insurance he was applying for, (50 and $250,000, respectively), the only medical underwriting requirement was an oral swab to check for tobacco use. No paramed examination or blood work would be needed. Fortunately for the Devinses—and for Josephson, who was running a bit behind his monthly sales target—the company underwriter approved the case. The insurer issued the policy as applied for shortly thereafter. Total win-win-win for all concerned, right? Wrong!

Fast forward eighteen months. On a beautiful spring day, Josephson arrived at his office, excited about the number of cases he had in his pipeline. If all continued at this pace, he’d have a record year and perhaps be able to afford a nice vacation. But the minute he entered his office, he knew something was wrong. The agency’s assistant rushed over to tell him Mrs. Devins called. She was crying, the assistant said, and needed an immediate callback because “something happened to Mr. Devins.”

Josephson immediately called the wife. He learned that Mr. Devins had collapsed and died while jogging that morning. Stunned, he tried to console the wife and then offered to provide any help she needed in filing the death claim.  Over the next few weeks, Josephson spoke with her several times regarding the claim, trying to make the process go as smoothly as possible for her. It felt good to help.

But his satisfaction was short lived, since he soon learned that the life insurer denied the claim. Why? Because of material misrepresentation on the application form.

According to the claims examiner, Mr. Devins saw his doctor a little over two years ago. He had a brief episode of chest tightness and shortness of breath while doing some yard work and thought he should check it out. The doctor ran a quick EKG, found nothing suspicious and decided not to pursue the matter further because of Mr. Devin’s excellent health and benign family history. When reminded of this, Mrs. Devins said she recalled the incident. Although she wasn’t with her husband during the meeting when Josephson took the application, she said she would have reminded her husband of it, and he would have answered yes. But unfortunately, the wife couldn’t make that meeting, and Mr. Devins neglected to bring it up. Plus, she said she assumed the company would check out his medical history anyway and her husband would have had no problem with that. But the company didn’t.

Several months went by and Josephson discovered Mrs. Devins had filed suit against both the life insurance company and him. She claimed the agent gave negligent advice about filling out the application and that he rushed her husband through the process. After filing a claim with his E&O insurer, Josephson admitted to his attorney that he hadn’t give a second thought when Devins said he hadn’t seen a medical professional in the last five years. Plus, his client seemed totally above board and answered all the questions confidently and without hesitation.

Based on the fact pattern, the insurance-company succeeded in having the case dismissed on the basis of the two-year contestability clause for material misrepresentation. But Josephson’s E&O insurer decided to settle his case out of court because it claimed he failed to properly question Mr. Devins. And it was cheaper to settle for the policy face amount than to contest the claim and also pay for defense and court costs.

Sadly, agent Robert Josephson learned a hard lesson—that the application is a key part of a life insurance contract between the insurer and client. If any information on it is inaccurate, either through a careless mistake or oversight or through deliberate misrepresentation or fraud, the company can void the contract. How might he have avoided this problem?

Bottom line: If you want to avoid E&O disputes regarding claim denials, ask the application questions diligently. Although it’s been a long, hard road to that point, speeding through the form could produce a blowout neither you nor your client will appreciate. Good luck!